Lately we have been hearing varied opinions on how emotions, positive and negative, affect one’s health. A decade or two back, if someone made a statement in this line, he or she would have been laughed at and ridiculed. The role of emotions, which are very much a part of one’s state of mind, has been mentioned in India’s ancient medical science call Ayurveda. It is the modern science that is now fantasized about how emotions affect one’s health.

A research work recently published by Nancy L Sin, a postdoctoral fellow in the Center for Healthy Aging and in the department of biobehavioural health at Penn State claims something close to it. 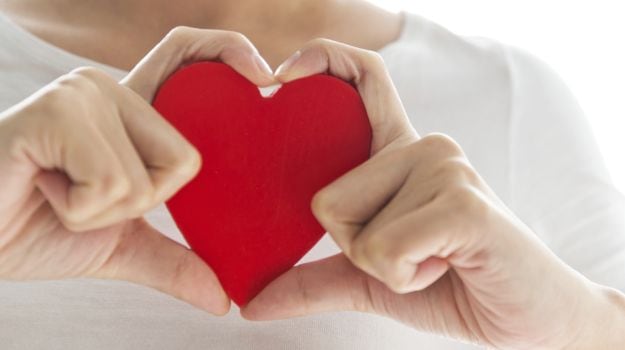 “Negative emotions and depression are known to have harmful effects on health, but it is less clear how positive emotions might be health-protective,”

“We found that positive emotions are associated with a range of long-term health habits, which are important for reducing the risk of future heart problems and death,” Stay Happy: Positive Emotions Could Keep Your Heart Healthy – NDTV Food

Thousands of years back the ancient medical science of Vedic times, Ayurveda, explained in detail how one’s physical health is closely connected to mental and emotional health. Many of today’s so-called incurable diseases are direct result of emotional stress.

So far treating emotions, it is advised that by conscious efforts all the emotions should be kept under control. One should observe negative emotions with detachment, allowing them to dissipate. For example, one is taught that when anger occurs, one should be completely aware of it, watch the feeling as it unfolds, learn the nature of the anger, then let it go, releasing. Traditional methods like meditation and Yoga practices are always useful along with Ayurvedic Therapies. (Information source)

What most people don’t realize or even think about is, emotions are not always material. They can be spiritual too. In fact, mind, in its original state is spiritual but contaminated by the modes of material nature, it adapts the qualities of passion and ignorance. In this contaminated state, one’s mind hovers over different objects of sense enjoyment, and depending on its success and failures one’s emotions are built and manifested over time. These emotions are worldly emotions. The world of spiritual emotions is entirely different and beyond our worldly experience. Spiritual emotions are visible in highly advanced devotees of the Supreme Lord. When I say Supreme Lord, I necessarily refer to Lord Krishna because that’s what is the essence of all Vedic literature.

Lord Chaitanya Mahaprabhu, who is non-different from Sri Krishna, is the only incarnation of God who taught His followers the highest form of prema bhakti, or loving devotional service. Emotions exhibited in prema bhakti are purely spiritual by nature and have nothing to do with mundane emotions although they may appear to have some external similarities.

Pure love for Krishna elicits the most sublime and lofty emotions of the soul. Liberation or spiritual perfection implies not the absence of cognition or emotion, but their ultimate perfection. Within the soul are profound transcendental emotions, which lie dormant as long as the soul sleeps in mäyä, material illusion. But such sublime emotions awaken with the awakening of pure, spiritual consciousness.

The entire range of emotions experienced by a conditioned soul (such as happiness and misery, love and hate, compassion and envy) are merely dim and perverted reflections of their spiritual counterparts, which exist in absolute purity and are experienced by fully realized souls in their eternal relationship with the Lord. When the soul has awakened to pure love of Krishna, he tastes the infinitely sweet flavors of a wide variety of transcendental emotions, emotions that are variegated manifestations of spiritual ecstasy. Such transcendental, ecstatic emotions within the heart and mind of the pure devotee are so powerful that they erupt and spill over into the realm of the physical. In pursuance of the order of His spiritual master, Sri Caitanya entered upon the path of constant chanting of the holy name of Krishna. When such chanting invoked intense spiritual ecstasy, He wondered whether He had lost His sanity. He approached His guru, Srila Isvara Puri, who then explained:

While attempting to understand the nature of spiritual emotions, one must be vigilant against imitation devotees who are expert at displaying ecstatic symptoms on demand. ISKCON’s founder-acharya A.C. Bhaktivedanta Swami Prabhupada has repeatedly warned against such imitation ecstasy displayed by pseudo spiritualists. It is these people who destroy the faith of innocents in devotional service to the Supreme Lord. The article “Exposing pseudo sadhus is a service to humanity” explains this point in detail.

The best test for a person having spiritual emotions is, he is fully free from sex desires. This is a very important factor because sex impulse is directly connected to the material modes of nature but spiritual emotions, as mentioned above, are free from such influence. Readers are advised to study the book “Nectar of Devotion” for studying a more comprehensive analysis of the science of spiritual emotions.