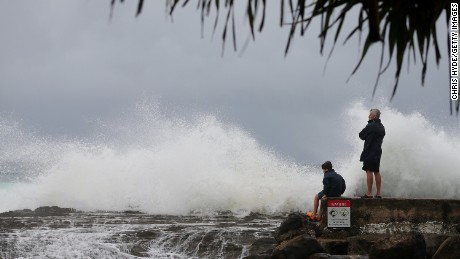 (CNN)Australia’s Queensland coast continued to be lashed by heavy rain and winds exceeding 250 kilometers per hour (155 mph) Friday, despite Tropical Cyclone Marcia being downgraded to a Category 4 storm.

Queensland Premier Annastacia Palaszczuk warned the storm remained “very serious” and urged the public in affected areas to remain indoors amid the threat of flooding and high winds, which have brought down trees and caused some damage to homes.

During a press conference, she said the storm system was now moving south along the coast from the town of Yeppoon towards Rockhampton, which lies 595 kilometers (370 miles) north of Brisbane, the state capital.

Around 33,000 households in the area are now without power, she said, warning that this number was likely to grow as the day progresses.

Scientists suspect that a massive "fault" could trigger a cataclysmic earthquake beneath Bangladesh, parts of east India and Myanmar. The hidden fault, which has been...