Pope Francis has asked Mexican indigenous people in Chiapas state for forgiveness over they way they have been excluded from society. He made his appeal while celebrating Mass in three native languages after a new Vatican decree approved their use.

The Pope also used the open-air service in San Cristobal de las Casas to warn about threats to the environment. Throughout his five-day trip he has condemned the evils of forced emigration and drugs. He has urged Mexico’s leaders to provide “true justice” to suffering citizens. 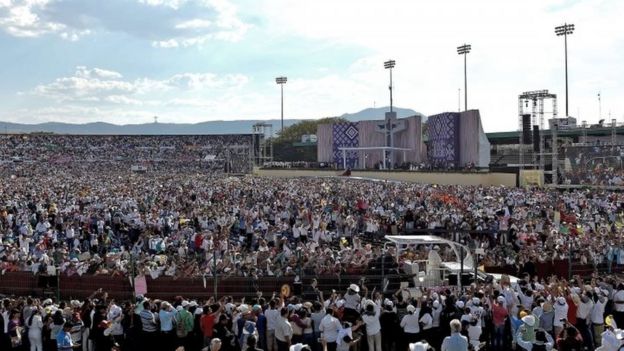 But on Monday he drew attention to the suffering of indigenous people in his address in Chiapas state. “On many occasions, in a systematic and organised way, your people have been misunderstood and excluded from society,” the 79-year-old pontiff said after citing Popol Vuh, an ancient Mayan text.

“Some have considered your values, culture and traditions to be inferior. Others, intoxicated by power, money and market trends, have stolen your lands or contaminated them. How sad this is,” he said. (Source http://www.bbc.com/news/world-latin-america-35584031)

Sometimes simple events can change the course of life. Some events can be reassuring and some re-enlightening. In almost all cases, what we learn...